Food For Thought Bologna – Where Does the Name Come From? | Bar-S Foods

Bologna – Where Does the Name Come From? | Bar-S Foods 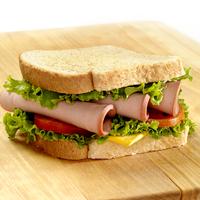 Bologna has been a staple in people’s lunches for a long time. Some slices of bologna between two slices of white bread with a few condiments makes for a delectable meal. However, have you ever wondered how bologna came to be? If you’re curious, here are a few fun facts about the lunch meat you can share with your friends the next time you see someone biting into a sandwich.

Where Does Bologna Come From?

Bologna gets its name from a city in Italy also called Bologna. They do have bologna there, but it’s called mortadella. Mortadella is essentially the grandfather of the bologna everyone knows and loves in the United States.

Both meats primarily use the same ingredients. American bologna generally consists of pork, beef or a combination of the two. This meat is then blended together seamlessly. Spices and other ingredients might be added to the mix. Some of the more popular additions include:

Except for the myrtle berries, these are common pickling spices.

The Origin of Bologna?

It seems that mortadella, the precursor to modern bologna, has been around for centuries. It became a real delicacy in the town of Bologna as early as the 1400s. Anyone who passes through the town absolutely has to try a piece of this delectable sausage.

When America was founded, immigrants would come over to the country and bring their cuisines with them. This foreign introduction of bologna to America might be a reason why the word is pronounced very differently from how it’s spelled. One theory for how the pronunciation came into play is that when bologna came to America and was introduced in New York, people with different dialects had to pronounce it. This led to people pronouncing it like “blarney” or “baloney.” The pronunciation stuck, and that’s what people in America continue to call it to this day.

What Are All the Ways To Eat Bologna?

Although there’s nothing wrong with the traditional bologna sandwich, there are plenty of other ways to enjoy this meat. Eating bologna plain is perfectly fine, but if you have some time on your hands, trying fried bologna is a must. For breakfast, put some fried bologna on a bagel topped with bacon and a fried egg, or try a fried bologna sandwich topped with fried onions. You’re only limited by your imagination when it comes to all the things you can make with bologna.

Why Do Kids Love Bologna?

Many adults fondly remember bologna because it was a big part of their childhoods. Even kids that are particularly picky eaters should have no problem eating it. Bologna sandwiches are a simple lunch to pack for kids. All you have to do is place a couple slices of bologna between bread, add kid-friendly condiments and your child has a tasty meal for lunch at school.

Bologna has a long, interesting history. People of all ages can enjoy this product. Whether you need a lunch for school or for work, bologna can be a real treat. Numerous types of bologna products are available, from classic tastes, to garlic, turkey, beef and so much more. Try them all out to discover which you like best.