Food For Thought Use Leftover Lunchmeat to Make These Easy Recipes

Use Leftover Lunchmeat to Make These Easy Recipes 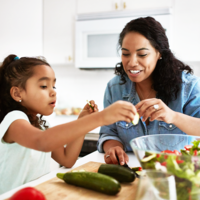 Lunch and dinner don’t have to take much time. In fact, you can use that leftover lunchmeat to create a delicious meal in about 15 minutes. These recipes give you the protein you need, along with a mixture of veggies for a balanced meal. It’s easy to prepare a nourishing spread with leftover luncheon meat. Mix up the ideas to keep your taste buds excited for the treat ahead. With these easy and fast recipes, eating healthy has never been simpler.

Dice one large sweet bell pepper and 1/4 cup red onion and place in a bowl. In another bowl, mix one eight-ounce package softened cream cheese, 1-2 tablespoons ranch-flavor powdered dressing mix and 1/3 cup shredded sharp cheddar cheese. Add the onion and pepper mix to the bowl and combine. Top with salt and pepper. On a flat area, lay a large soft 12” tortilla and spread a fourth of the mixture across the entire surface. Layer sliced Bar-S Deli Style Oven Roasted Turkey Breast evenly on top. Roll tightly until secure and slice into bite-sized portions. Repeat with three additional tortillas, the cream cheese blend and turkey breast slices.

Melt 2-3 tablespoons butter on a large griddle heated to 350 F. Combine two eggs together and fry, breaking the yolk as soon as cracked. Flip after 1-2 minutes and cook for an additional minute. Add salt to the eggs, remove and set aside. Cook a combined total of 12 eggs in this fashion. Once all the eggs are cooked, fry 12 slices Bar-S Classic Bologna slices for 2-3 minutes on each side. Butter 12 slices of white bread. Add Dijon mustard and mayonnaise to taste on the other sides. For each sandwich, place one bread slice buttered side down on the griddle, add egg, two slices bologna, two slices medium cheddar cheese and top with another slice of bread with the buttered side up. Cook 3-4 minutes, flip and cook the same time on the other side. Serve sandwiches hot.

While oven heats to 350 F, stir one tablespoon Dijon mustard, 1/3 cup mayonnaise and one teaspoon rubbed sage together in a small bowl. Take one 12-count package Hawaiian sweet rolls and cut in half horizontally, keeping rolls together. Remove the top half without separating the rolls and place the bottoms in a 13x9-inch baking pan. Spread the mayo mixture evenly over the bottoms. Place 20 slices of Bar-S Deli Style Oven Roasted Turkey Breast evenly on top of roll bottoms. Spread 1/3 cup jellied cranberry sauce over the turkey and arrange five slices cheddar cheese on top of cranberry. Replace roll tops over cheese. Brush two teaspoons melted butter on each roll-top and sprinkle with dried minced onion. Bake in oven 10-15 minutes, then let stand two minutes. Separate the rolls with a serrated knife to create 12 individual sliders and serve warm.